The San Fernando Valley Quilt Association (SFVQA) was founded in 1991 as a non-profit organization bringing together individuals interested in quilt making, education and supporting the community in various philanthropic projects.

The activities of the organization are varied but include:

The San Fernando Valley Quilt Association was formed in September, 1981 when some of the students in Judy Mathieson’s quilt making class at Baron’s Fabrics decided to meet to discuss the idea of starting a quilting bee or group where quilters could meet to enjoy friendship and quilts. Twelve ladies attended and made plans to spread the word about a new quilt organization by telling friends, neighbors, and colleagues at work, putting flyers in the local fabric and quilt stores to invite their shoppers to the first meeting in October, 1981 at Shadow Ranch Park. The response was exciting – so many quilters were interested in this idea! Dues were $15.00 a year and many were ready to pay their dues right then! We met at the park for the next few months before membership grew and we moved to St. James Presbyterian Church.

The name San Fernando Valley Quilt Association was chosen in April, 1982 and the first Board was elected with Marlene Peterman serving as president. The logo was designed and voted on a few months later.

Membership grew quickly and by April, 1985 there were 211 members, with 10-15 joining each month. In May, 1991 there were 253 members with 80 quilters on the waiting list. Meeting space was very difficult to find so the decision was made to cap membership at 300 people. This created a 2-5 year waiting list! Many of them attended meetings as guests ($3.00) for years until they could become members.

The first Quilt Faire was held in October, 1982. Quilt frames were made from wood by husbands of members because we didn’t have enough money to buy them!

SFVQA and Valley Quiltmakers Guild joined together in 1997 to put on the first “Quilting InThe Valley Quilt Show” which continues bi-annually.

SFVQA continues to be a creative and exciting organization for everyone who loves fabric and quilting friends. Please join us! 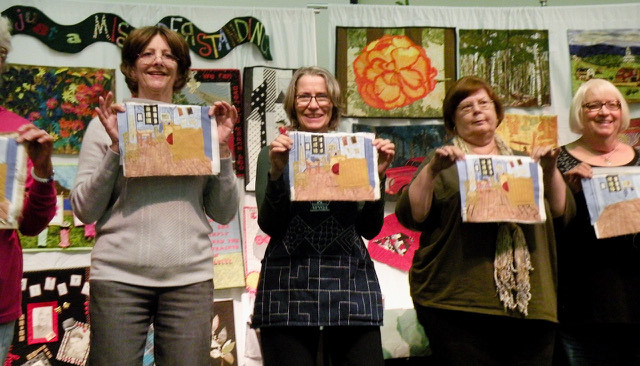 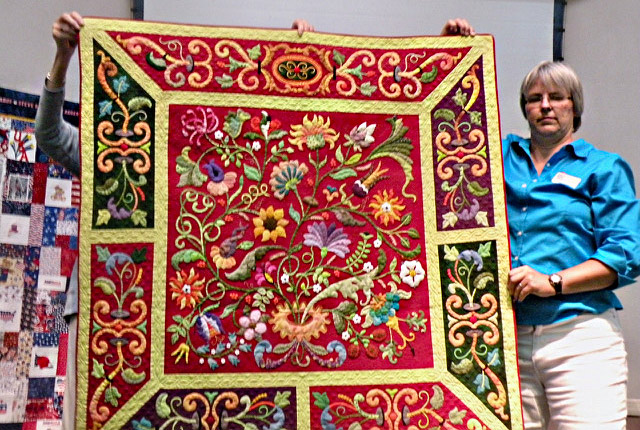 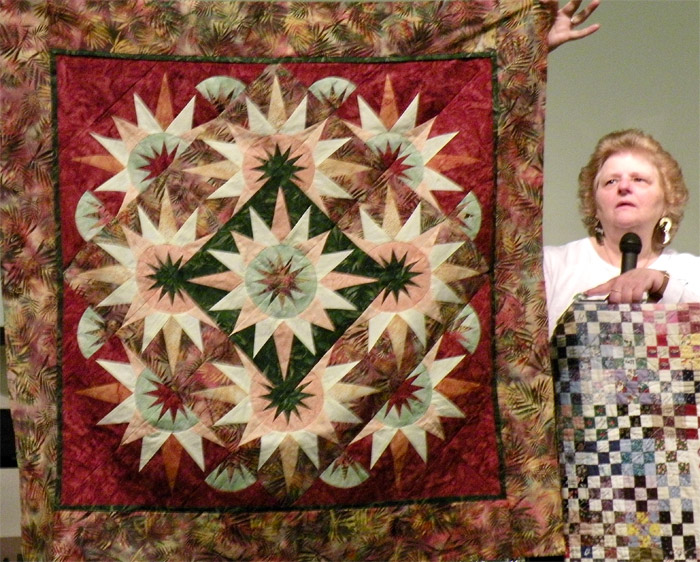